Forestry residues are produced during forest harvesting and silvicultural activities/operations. Forest residues are a source of lignocellulose biomass, which can be utilized to produce bioenergy.  In developing countries such as South Africa, this energy might be able to bring an end to some of the energy challenges associated with rural communities. This case study evaluates commercial forestry residue (stem, bark, and branch) as a potential feedstock for bioenergy development in South Africa.

Back to the Case Studies

South Africa is forested with 1.3 million hectares of plantations (which is 1% of the country’s total surface area). In arid regions, some forestry plantations are found on the banks of rivers or within protected valleys. These forests are scattered eastwards from the Cape Peninsula through to the Tsitsikama Mountains and the coast of the Eastern Cape, and into KwaZulu-Natal. Northwards of the country, forests are distributed along Drakensburg Mountains and KwaZulu-Natal. The ownership pattern of South African forests is dominated by privately owned enterprises which account for 79.7%  of forest plantations nationwide,  private industry owners include large corporations, small-scale growers, and medium-scale growers. Only 18% of farms are owned by the government and public sector through the Department of Agriculture Forestry and Fisheries (DAFF) and other government agencies.

The South African pulp and timber industry has undergone some massive restructuring in recent years. The global downturn in the demand for paper has resulted in the industry scaling back production, causing disposition in some of the industry’s key role players, causing them to restructure and diversify their business operations by tapping into non-traditional markets (Veitch, 2016). As a result, Sappi has established itself as the world’s leading producer of specialized cellulose (Veitch, 2016). This restructuring and diversification of the industry can be steered towards bioenergy development utilizing forestry waste, considering that in South Africa, thinning and plantation waste can be utilized as early as four years after planting (Bowd et. al, 2018), which opens a window to the portion of available biomass. As opposed to traditional ways of burning wood waste, or the waste laying in abandoned fields causing field fires, producing bioenergy from this feedstock can bring about socio-economic development in rural communities and semi-urban households, creating jobs and providing a clean energy source. One of the key aspects in dealing with implementing a new form of energy within communities is to assess the current energy utility price in these communities and compare it to the price of bioenergy products to make them consumable by the market. 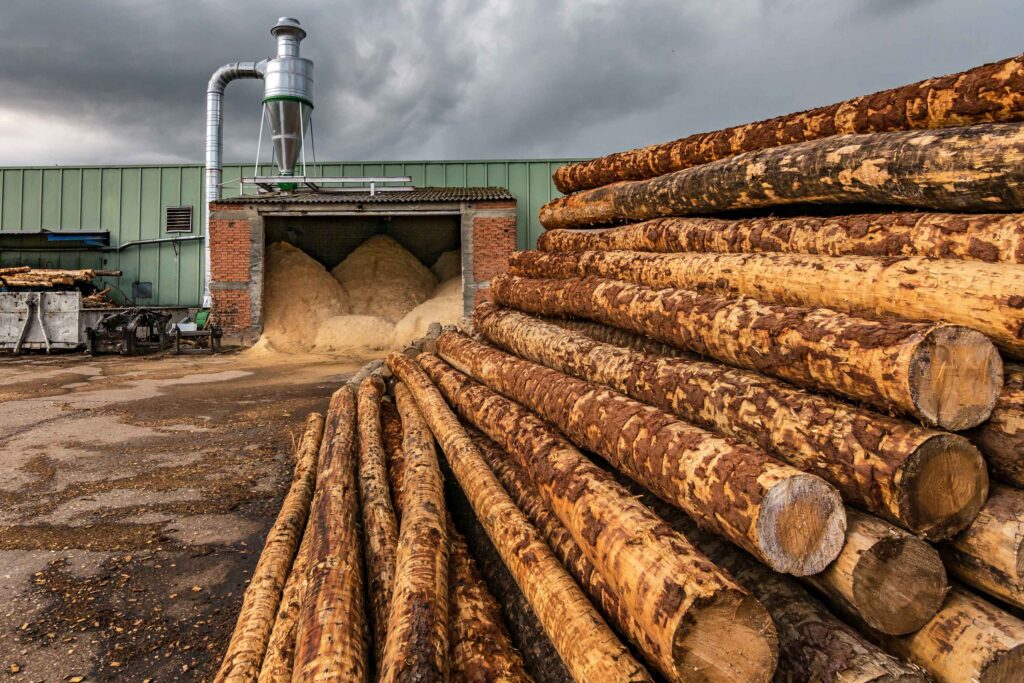 South Africa produces 24 million tons of harvested forestry residue annually. The harvested forestry by-products generated from the commercial forestry sector are stem wood, bark, and branch. However, not all residue produced is fully exploitable for bioenergy production, due to nutrient concentrations in the nutrient cycle playing a critical role in maintaining soil organic carbons, resultantly, the highest nutrient concentration lies in the bark and leaves, which are left on site to facilitate nutrient recycling (Dobson, 2008). The ICFR assessed forest residue biomass based on different percentages of availability and utility. Availability and utilization in this case study was modeled at a 25% level of availability.

This case study centers around the ability of woody biomass residue to generate electricity in Mpumalanga and Kwa-Zulu Natal; which are our optimal biomass production  locations for forestry residue.

Typically, woody biomass by-products such as wood chips, pellets, sawdust, and briquettes are combusted or gasified to generate electricity (U.S. Department of Energy, 2016).

Below are the types of processing technologies we applied in the modelling platform to assess the feasibility of bioenergy products to produce an alternative source of power.

The modeling process consisted of generating service regions for candidate facility locations, followed by ranking the sites based on the relative transport costs required for each candidate facility. Data regarding the number of facilities and the transport costs and distances per modeled facility location are presented below as cost summaries, transport distances, and facility spatial information.